In this fifth instalment of a six part survey of market lending from the investor?s perspective, I would like to draw the reader?s attention to a fast growing new area of market lending that is providing attractive and stable returns to increasing numbers investors on the other side of the pond. This new area is a variation on lending to small businesses that emphasizes short term loans (less than one year) to established businesses while requiring daily or weekly repayment schedules. For this new type of market lending available cash flow is the central criteria considered in order to be granted the loan, rather than traditional measures such as credit record and net assets commonly used by banks and platforms loaning to small businesses.

The problem is well known, both the U.K and the U.S. banks have been pulling back from making loans to small businesses not only since the financial crisis of 2007-2008 as commonly reported, but in fact long before. Data from the Federal Reserve Bank in the United States clearly shows that small business lending has been a shrinking share of all bank lending in the U.S. in a continued downtrend since 1995, with no sign of a change of tendency. Originating small business loans requires a particular set of underwriting skills that are different from those which banks apply to their more profitable large business customers. Additionally, and perhaps most importantly, banking regulatory requirements mandate a higher allocation of the bank?s own capital reserves to underwrite a small business loan than a large business loan. Even though the small business will be charged a higher interest rate, this does not sufficiently offset the disadvantages of small business lending for banks. In fact, when a bank loans money to the biggest national business of all, that is, buys sovereign bonds of their own home country, the capital reserve regulations require no offset against their own capital, as these loans are considered free of risk. In short, the existing regulatory framework mandates that banks are motivated to lend to governments and large businesses to a much greater degree than to small businesses.

Credit is the lifeblood of a small business, with very few business owners having sufficient capital at all times throughout their annual business cycle to be able to fund all the normal demands on capital (such as new inventory or machinery), let alone unexpected demands that might emerge from time to time. Fortunately, even as traditional banks have stepped away from funding small businesses, a wide range of non-bank platforms have emerged on both sides of the Atlantic to help fill the breach. I would like to highlight one particular new entrant that has caught my attention, that I believe will serve as a model for other platforms in the coming months and years.

I recently had the opportunity to speak with Brendon Ross, the founder and CEO of Los Angeles based Direct Lending Investments, in turn manager of the Direct Lending Income Fund. Founded in 2012, Direct Lend has at this time over $70 million short term loans outstanding to thousands of small businesses throughout the United States, and has a clear mission to change how small business lending is carried out. In the words of Mr. Ross, “If there is a group in this country that is totally unable to access traditional credit, it is neighbourhood businesses”.

The innovation that has made this new model so attractive to both investors and borrowers is the focus on cash flow of long established businesses, rather than net assets or formal credit ratings as the key driver to qualify for a loan. Direct Lending?s average loan size is $41,000, the average loan period is less than one year, and the average borrower has been in business for over 12 years. However, loans are repaid on a daily or weekly basis by direct debit from the borrower’s bank account according to a fixed amortization schedule that includes principal and interest in each daily or weekly payment. Effectively, the loans are repaid from daily cash flows of the established business as small daily or weekly expenses, rather than as a large monthly expense. The consequences for borrowers as well as for investors who fund these loans are so surprisingly positive that I expect that this model will become more widely implemented by platforms in both small business and consumer loans in the future.

From the borrower?s side, daily or weekly repayment charges not only reduce the repayment of the loan into a more manageable series of individual charges, but also has a dramatic and very beneficial impact on total financing costs for the loan. As the outstanding principal is reduced on a continuous basis from the very start of the loan, the total interest paid is much less than that of a typical loan with monthly payments. In fact, while the interest rate charged for these kinds of small business loans is typically 15%-20% on an annualized basis, total interest costs paid by the borrower are normally much less (approximately one half of the contracted interest rate) due to the rapid amortization of the loan if all payments are met according to the schedule. While the borrower has the full amount of the loan available to use as required from day one, the higher frequency payments to repay the loan mean that the small business is not paying interest on this full outstanding balance for more than the first day or week, and in a matter of just a few months will have repaid a substantial percentage of the principal of a one year loan.

For investors in funds composed of these kinds of accelerated repayment small business loans, the advantages are numerous. For example, as the repayments are daily or weekly and made directly to the platform by direct transfer from the main bank account of the small business, it is possible to have very immediate information as to how the loan is performing at all times, and know immediately if a problem has occurred or if the loan must be renegotiated. The borrower?s representative at the platform can be at the head of the queue of creditors, and able to negotiate better terms on behalf of the investors than those who are repaid on a monthly or quarterly basis who are not yet even aware that a repayment issue has occurred. At the same time, though the loans are repaid on an accelerated basis, the outstanding capital of investors is earning a very attractive interest rate even after defaults and expenses are taken into account, typically one percent per month.

Finally, and most importantly, the economy as a whole benefits enormously if small businesses, the motor of job creation, are able to acquire credit when they need it, at reasonable rates, despite the abandonment of this market by traditional banks. I believe that the accelerated daily or weekly repayment model of small business lending facilitates this end while providing attractive returns for investors at a lower level of risk than other investments providing similar returns. For these reasons it would not be surprising to see this model become a consolidated part of the market lending landscape in the coming months and years. 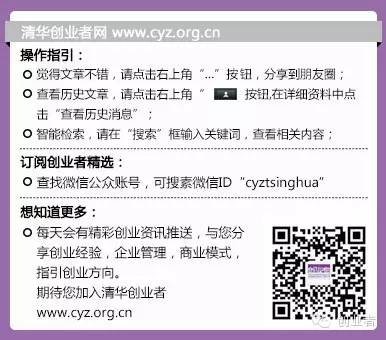